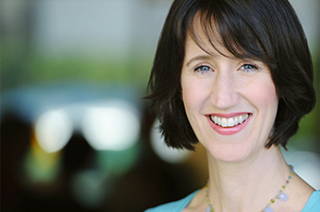 Money has long been a traditionally male domain, sure, but historically so were medicine and law. No one really considered that gender differences might require different approaches to finance until a 2009 study of 12,000 women…found that 78 percent of women criticized financial services in general for what women perceived as condescending treatment and cookie-cutter financial plans. Some finance people describe the impact of the study as grenade-like. …

Dozens of studies, polls and white papers later, a more complex financial portrait of women emerged than many companies ever bargained for. Some of the results were puzzling. I remember one study by Prudential in 2010 that delivered this head-scratcher: 95 percent of women described themselves as financial decision-makers — yet over 80 percent said they needed some or a lot of help making money choices. Wow. What do you do with that?

Initially, there was a quiet conclusion in the industry that women needed some remedial help. No one said “bad at math,” but it was hanging in the air.

As the data rolled in, it became clear that women’s approach to money simply didn’t fit the existing molds. You could talk to guys about research, transactions, performance. Women were more interested in coaching, saving and support, according to extensive Ameriprise and Vanguard research. The good news is that, maybe, there’s nothing wrong with just accepting that….

There is a push to view women’s financial style as their strength, not their undoing. “The reality,” Nicole Sherrod, managing director of active trading at TD Ameritrade, told me, “is that women gather information about money differently and process it differently than men do, not that we’re less intelligent.”

Nearly 75 percent of women want to learn in a “welcoming” environment with other women, new data from Allianz Life shows. They would also like financial information in plain English so that it doesn’t come across like instructions for assembling your own motherboard.

After all, there is newfound respect for the fact that an approach preferred by women — to evaluate financial choices carefully, avoid rash moves and ask a lot of questions — tends to be profitable over the long haul. And some of these big institutions are realizing that their own profits hinge on meeting women on their own terms.