x
Reform Judaism
I am sometimes bemused by the fact that so much focus is put on...
Reform Judaism
Today, half of all married Reform Jews have non-Jewish spouses, and 80 percent of... 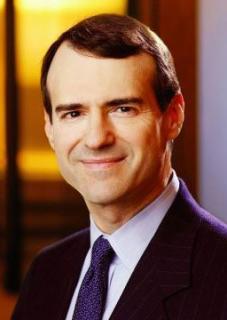 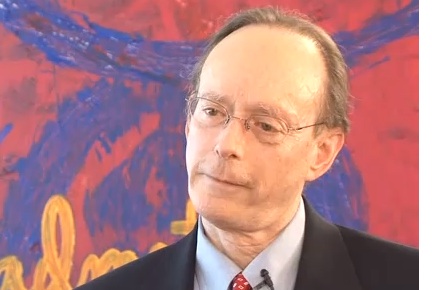 To a great extent, not much changed from earlier decades in the Reform synagogue during the 1950s and well into the 1960s, though, by the late 1960s, as we will see, the synagogue had become a very different place from what it was in the 1940s and 1950s. Rabbi Joseph Narot came to Miami’s Temple Israel in 1950, eliminated head covering and prayer shawls, and frowned upon the bar mitzvah ceremony. At Pittsburgh’s Rodef Shalom, Rabbi Solomon B. Freehof put the normative position of the early postwar period well: “We believe that the essential of the worship of God is the ethical mandate and that the ceremonial is incidental, if anything. That is our principle…. We shall never make a religion for us out of all these observances. . . . No rabbi will ever try to persuade you that God commanded you to light lights on Friday night.” The Sabbath-morning service at Temple Beth-El in Providence began at 11 A.M., ended at noon, and included a bar mitzvah! While not every Reform synagogue, by any means, fit the description of “classical” Reform—there are examples of retrieval of tradition and of restoring customs and observances absent from Reform services for decades (e.g., the sanctification of the wine, the wearing of the head covering and the prayer shawl, the use of a wedding canopy, and the construction of a sukkah)—the patterns of synagogue worship, religious school, adult education, youth groups, social activity, and social action had much in common around the country….

The “sacred core” of the Reform Movement is personal sovereignty. In defining Judaism as a set of options from which Reform Jews are free to draw selectively, its adherents are ruled by what Rabbi Heschel called the “tyranny of the ego.” The center of religion becomes not G-d, but man. As we gyrate around ourselves, we cry, Vox populi vox dei.

The relativizing of the absolute is absolute in the Reform movement. Many Reform Jews think that G-d endorses what they do so long as it is “nice.” The response to intermarriage is, “It is not of great importance who they marry as long as the kids are happy.” The zone of self-regard has expanded so far as to crowd out G-d.

At the Reform Movement’s November 2005 biennial convention, the president of the Movement, Rabbi Eric Yoffe, said that “by making non-Jews feel comfortable and accepted in our congregations, we have sent the message that we do not care if they convert. But that is not our message.” He continued by saying that “the time has come to reverse direction by returning to public conversions and doing all the other things that encourage conversion in our synagogues.” The same reasoning could be used with respect to patrilineal descent. By telling Jewish fathers that their children are Jewish, the Reform Movement gives the impression that it sanctions intermarriage by continuing to tolerate clergy who officiate at intermarriages. By reconsidering the policy of patrilineal descent and enforcing the Reform Movement’s stated opposition to intermarriage, the Reform Movement will clarify boundaries for itself and heal the rifts between itself and all of klal Yisrael.

Scott A. Shay, Getting Our Groove Back: How to Energize American Jewry, 2nd ed. (Jerusalem & New York: Devora Publishing, 2008),

Little Zionist activity graced Reform congregations of the 1920s and 1930s, as classical Reform was generally anti-Zionist or non-Zionist, opposed vigorously to the idea of a Jewish state in Palestine or indifferent (“neutral,” many rabbis called this position, insisting that Reform Jews should not speak or teach about Zionism or anti-Zionism) to this fundamental idea. For them, as Rabbi Lazaron put it, “America is our home, and we do not [support] a philosophy or program which will jeopardize our position here.” Anti-Zionist rabbis (of varying degrees) were everywhere, including Samuel Goldenson and Jonah Wise in New York City, Lazaron and William Rosenau in Baltimore, Louis Wolsey and William Fineshriber in Philadelphia, Abram Simon and Norman Gerstenfeld in Washington, D.C., Calisch in Richmond, Leo Franklin in Detroit, Sidney Lefkowitz in Dallas, Harry Ettelson in Memphis, Louis Mann in Chicago, Solomon Foster in Newark, Ephraim Frisch in San Antonio, Morris New-field in Birmingham, Samuel Koch in Seattle, and the president of the Reform seminary, Julian Morgenstern. None went as far as Houston’s Beth Israel in 1943-1944, where a full-scale attack on Zionism was launched (“Basic Principles,” adopted in November 1943) and congregants agreed that a loyalty oath to America was required for membership. Beth Israel was but a bump in the road toward an acceptance of Palestine and Israel; what Zionist Reform rabbis of this period called the great folk movement of the Palestinian Jews was slowly entering the fabric of some of the congregations. Conservative synagogues virtually everywhere identified strongly with Zion, whereas Reform synagogues looked askance at this enthusiasm. This made it much harder, until Reform temple leaders changed their attitudes in the 1940s, for Reform congregations to attract the children and grandchildren of those east European immigrants who were moving away from orthodoxy In 1930, only half the members of Reform synagogues had family origins in eastern Europe.

A significant minority of Reform rabbis vigorously supported Zionism throughout this period, not just the rabbis with national Zionist credentials, such as Barnett Buckner, Max Heller, Abba Hillel Silver, and Stephen S. Wise, but the rank and file everywhere. Support for the Balfour Declaration and the Mandate given to Britain by the League of Nations, horror at the civil strife in Palestine, Palestine as a hope for German Jewry, and the World Zionist Organization biennial congresses and the British commissions in Palestine and American Zionist activity during World War II were regular sermon topics across the land in many Reform congregations. And another sizeable group of rabbis, while not activists in their commitment to Zionism, introduced a wide variety of programs about Palestine into the synagogue. These included art, dance, drama, literature, music, and philanthropy, and, though an emphasis on the Hebrew language in worship might have been missing, activities of all sorts revolving around Palestine filled the synagogue bulletins.