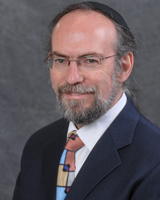 Shabbat as framed by the opening mishnah of Tractate Shabbat is not something that is “done”; it is a space within which everything that is done is Shabbat. Certain things must not be done. There is, of course, a stylized list of thirty nine categories of forbidden activities. However, looking at the Mishnah, the overwhelming bulk of the discussion is about reinforcing the map itself. Seven of the first eleven chapters discuss carrying objects from domain to domain. Then chapter sixteen picks it up again. One third of the mishnayot of Shabbat are devoted to the cartography of Shabbat in its various forms, and this does not even count Eruvin which is in whole dedicated to just this issue. On the other hand, another third of the chapters is given over to the discussion of the other thirty eight forbidden activities.

That which one does on Shabbat, that is, the quotidian social and ritual activities that do take place are defined by the space in which they are performed – private or public or medial. Shabbat as seen through the Mishnah does not prescribe actions – and the only action mentioned, though not prescribed – lighting candles – occurs by definition before the onset of Shabbat. The mishnaic Shabbat proscribes actions. Shabbat then is framed as a space of negative commandments. On this background of negative commandments, everything that happens, whether sacred or mundane, is a Shabbat activity.