x
Scholarship
…the Tuvel affair raises issues that go beyond the controversial notion of transracialism. First,... 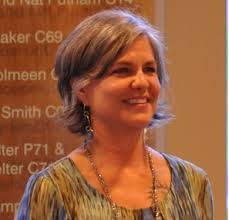 Gender is no longer simply code for women or the feminine and its scholarship is no longer the province of females or even self-declared feminists. Indeed, gender has become a rather notably ambiguous signifier. Where this is acknowledged rather than covered over by tidy definitions, the ambiguity that attends the term is rendered productive, I believe.