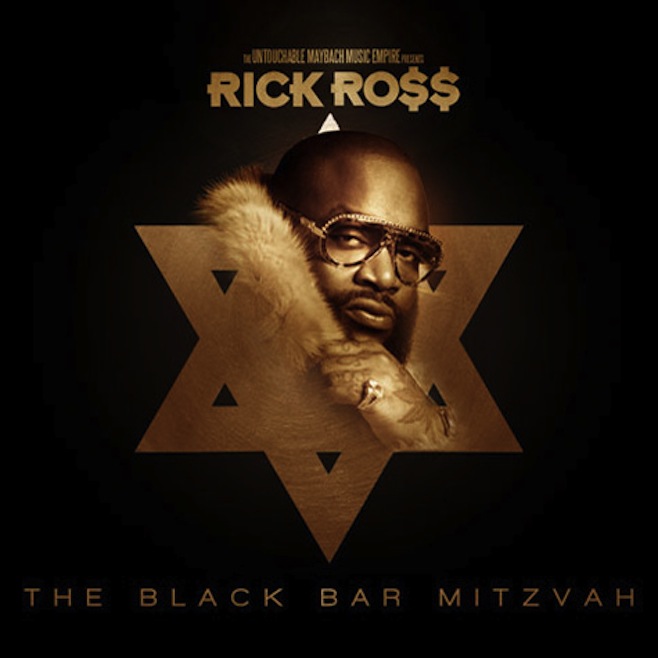 Hip-hop is having a Semitophilic moment.  Drake, who was brought up Jewish in a wealthy part of Toronto, has rhymed “more than high” with “Mordechai.”  Jay-Z and will.i.am have incorporated “mazel tov” into their verses.  In 2012, Rick Ross released a mixtape called “Black Bar Mitzvah”; it featured a skit in which a rabbi – played by Peter Rosenberg – invites celebrants to join him at a Miami strip club, to “have a nosh.”