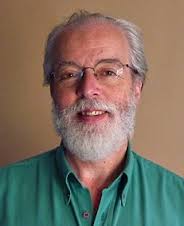 I’m constantly being told by Americans that American Jews are out and proud, unlike the shrinking violet Jews of Europe, who kind of don’t demonstrate and make it clear.  And, yet, whenever I say to an American audience, “Get out there and tell people what Jewish things you think in your workplace. Enrich the conversation in your workplace by your Jewish insights”, I hear “Well, I don’t think I should bring that up; it’s not right.”  Very odd.

But, of course, the very first position is to actually know some stuff.  You can’t bring anything there if you don’t know it.  And we have a Jewish community which is, sadly, amongst the most highly-educated people on the planet in secular matters and, yet, among the most woefully ignorant Jews in history in Jewish matters.  As a general rule, Jews seem to be satisfied with a level of elementary Jewish knowledge, which would be shocking if you translated it into history, or maths, or geography, or literature.  …  And then we present ourselves as models to our children and grandchildren, which is not surprising if they can’t see any point to it all.