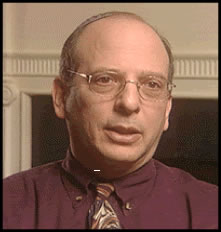 Rabbinic society was not much affected by intermarriage. The Palestinian Talmud has a rabbi castigate the Jews of Sepphoris (who, like the ancient Alexandrians, had a well deserved reputation for contumacy and insolence) because many of them were committing “acts of Zimri,” i.e., having sexual liaisons with gentiles (P. Ta’anit 3:4 66c). The Babylonian Talmud shows that some Jews on the other side of the Euphrates were guilty of the same crime (B. Berakot 58a and Ta’anit 24b). But sexual liaisons were not intermarriage, and intermarriage was not a serious problem. The prohibition of intermarriage does not even appear in the Mishnah (aside from a few passing references like Sanhedrin 9:6). The Palestinian Talmud too hardly discusses the prohibition. and when it does, it seems to say that Deut 7:3-4 refers only to the seven Canaanite nations (P. Šabbat 1:7 3d and Sota 1:8 17b). Similarly, the named authorities of the Babylonian Talmud hardly discuss the prohibition. and when they do, they assume that Deut 7:3-4 applies only to the seven Canaanite nations….