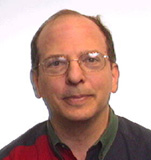 The Talmudim are aware that the prohibition of intermarriage is a product of second temple times. Jubilees 30 and the other works of the Maccabean period mentioned above are the historical background for the Palestinian tradition preserved in the Babylonian Talmud (B. ‘Aboda Zara 36b and Sanhedrin 82a) that the “Hasmonean Court” decreed that a Jewish man who has a private assignation with a gentile woman, let alone if he cohabits with her or marries her, deserves to be flogged for four reasons: intercourse with a menstruant, intercourse with a slave, intercourse with a gentile, and intercourse with a married woman (according to one opinion in the Talmud, the fourth reason is intercourse with a prostitute). A similar antipathy towards gentiles motivated the revolutionaries of 66-70 CE…and they too might have tried through the “Eighteen Decrees,” ascribed by both Talmudim to the Houses of Hillel and Shammai (P. Šabbat 1:7 3c-d; B. Šabbat 17b), to prevent any social or sexual intercourse between Jews and gentiles.

The rabbis of the Talmud knew the historical truth: post-biblical Judaism, not scripture, is the source for the general prohibition of intermarriage.

Shaye J.D. Cohen, “From the Bible to the Talmud: The Prohibition of Intermarriage”, Hebrew Union College Annual 7 (1983), 28.